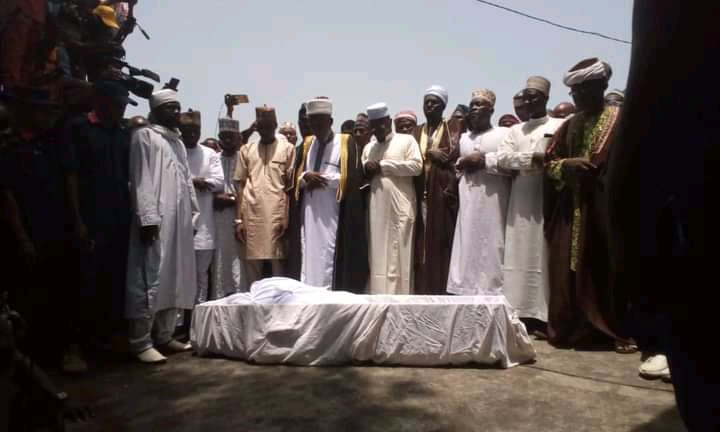 The Alaafin of Oyo, Oba Lamidi Adeyemi III, has been buried in the ancient town of Oyo in south-west Nigeria.

His remains were laid to rest on Saturday within the premises of the palace, barely a day after he was certified dead in a hospital in Ado Ekiti, the Ekiti State capital.

Alaafin, popularly known as ‘Iku Baba Yeye, was 83 years as of the time his death was announced.

Following the announcement of his demise, Islamic rites were conducted on the body of late Alaafin, signalling the beginning of his final journey home.

Islamic clerics led by the Chief Imam of Oyo town were joined by members of the family of the late traditional ruler and some of his chiefs to offer prayers for the repose of his soul.

After the prayers, his body was taken back to the palace where the final burial was held.

May Your Journey Be Merciful Iku Baba Yeye… Alaafin Ekeji Orisa has been laid to rest #Alaafin pic.twitter.com/dJ6zmWC6HQ