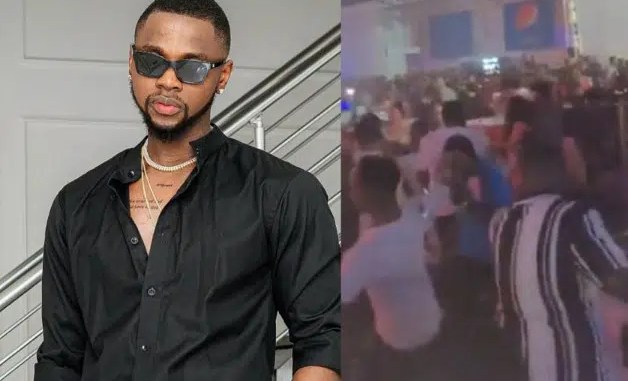 Nigerian singer, Kizz Daniel has been arrested by the Tanzanian police over his alleged refusal to perform at his concert on Sunday, August 7, 2022.

The singer who arrived the country earlier in the day reportedly refused to perform due to unavailability of his clothes.

A video shared online shows the moment some fans vandalized the stage while many others angrily left the concert.

Fans who registered their grievances on social media claimed they paid as much as $5000 for tables just to see the singer perform live.

– Again and again, Fans left angry after Singer – Kizz Daniel was nowhere to be found for his stage performance in Tanzania.

– Again and again, Fans left angry after Singer – Kizz Daniel was nowhere to be found for his stage performance in Tanzania.

This makes It the third time Kizz Daniel is being called out by fans over cancellation of his shows.

On July 7th, he was first dragged after he stood fans up for over five hours at his concert in DMV. He was again dragged by his fans after he cancelled his Denver concert abruptly on July 28, 2022.

About Froshmedia 2051 Articles
Brain Behind Froshmedia. Young And Talented