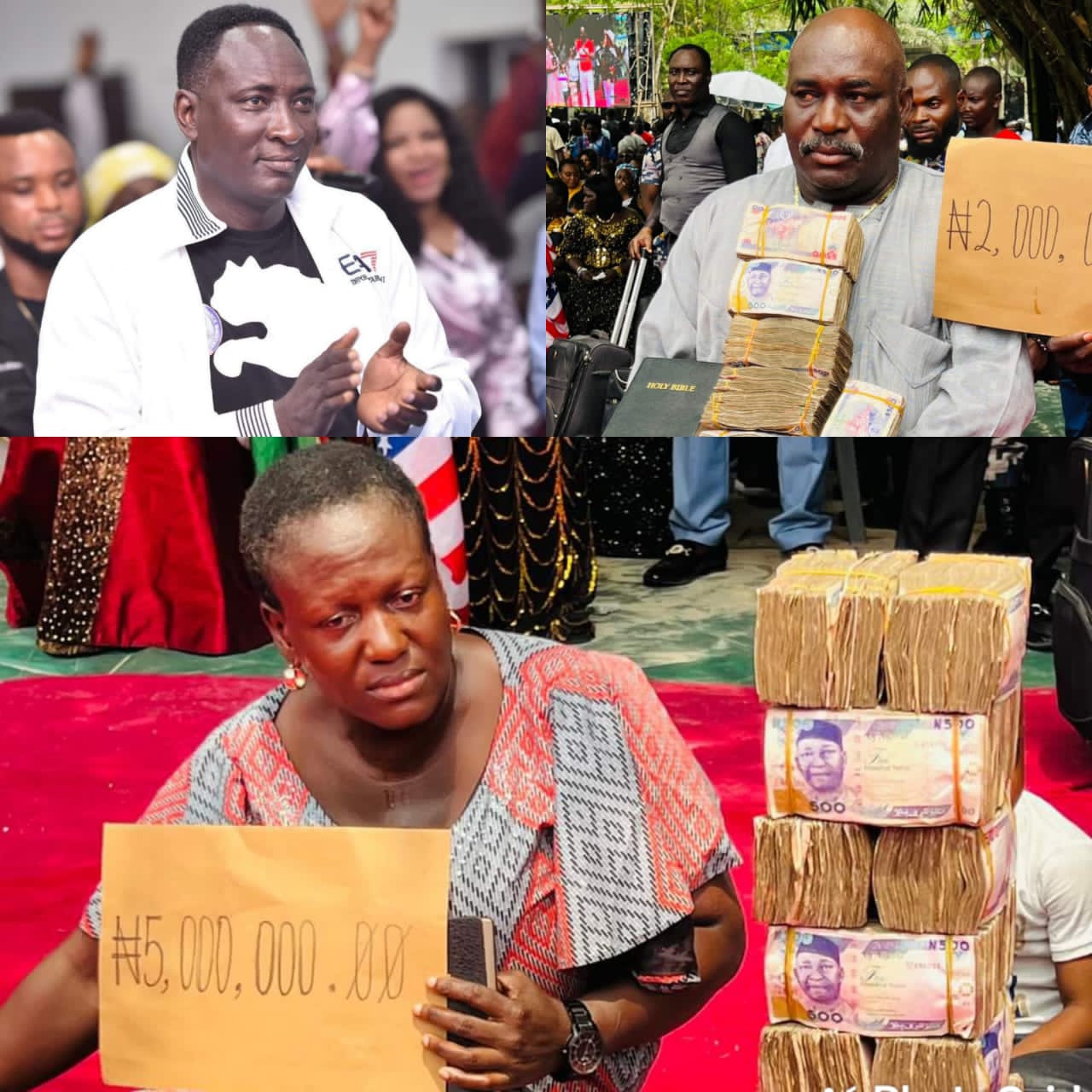 You cooked for me when I was nobody, Fufeyin says as he slashes N5m on former chef

Billionaire Prophet Jeremiah Fufeyin has gifted a lady, Ebi Patrick and a man, Omimi Brume N7 million for the roles they played in the his life when he was struggling.

Fufeyin, who had once said he almost committed suicide before he had divine encounter with God that changed his story for the better, said in a video posted on the official YouTube channel of the church that Patrick and Brume were instrumental to his journey in life.

According to the prophet, Ebi Patrick was mainly aiding him and a few other friends with food even when he had no way to pay back.
While calling Patrick out before his congregation, Fufeyin who gave the woman N5 million to start up a business to provide for herself and her family, said people must remember, who stood by them when they had nothing. 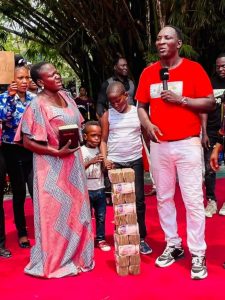 This is the lady that cook for us. We were about 15 in the house then, I was a prayer warrior and haven’t even started ministry. The Lord spoke to me to bless you and I present to you this N5 million to start your own business,” Fufeyin said.

Left in tears, Patrick noted that she never expected that her story would be turned around by the prophet.
“I am so happy because I do not expect this. I have been praying and my encouragement to others is for them to pray and have strong believe,” Ebi said.

He equally called out Brume, who he was owing N25, 000 and gifted him N2 million, saying that the man was helpful to his rising.
According to the prophet, he was into retailing of pharmaceutical products and buys on wholesale from Brume but things turned for the worst and he couldn’t pay back a debt of N25,000.
“I use to run and take different routes to avoid him. Because of the N25, 000, i started looking for ways to buy from other wholesalers. But he did not take it against me. Today, I am paying back that N25, 000 with N2 million.