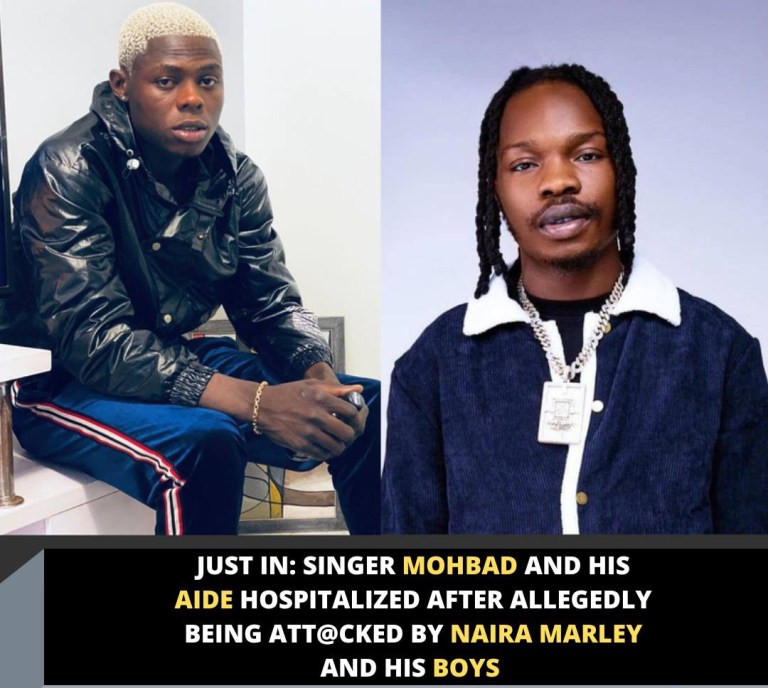 Nigerian singer, Ilerioluwa Oladimeji Aloba, better known as Mohbad, and his aide have been hospitalized after they were allegedly attacked by his record label boss, Naira Marley.

The Ronaldo crooner, who is signed to Marlians Record Label, was in company of his aides when they were attacked last night, October 4.

Details of the incident are still sketchy but according to Mohbad’s aide, Naira Marley did nothing as they were brutalized and dragged on the floor.

Just because I want to change my manager which is their brother, see what they did to me at Marlian House pic.twitter.com/Tqsb1y2UYF

A video from the aftermath of the incident shows that Mohbad sustained inj#ries on his back and neck, while his aide was also severely injured.

It would be recalled that in February 2022, Mohbad went live on Instagram to accused Naira Marley and his entire crew of trying to kill him.

I’m not high oo cos that what Dey always say just to die down everything pic.twitter.com/Yb5C7MIoGv